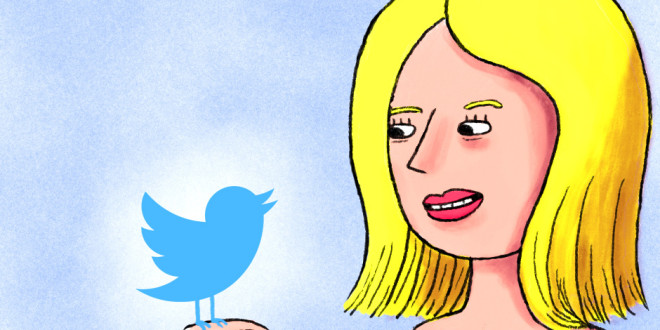 Advertisers have caused quiet the stir regarding all the adult material on the Twitter network and the worry about their marketing content appearing next to or near porn-related posts. In-fact many companies have stopped their Twitter advertising campaigns due to this, such as global TV & data company Nielsen.

What’s the solution? One solution proposed by analyst Robert Peck is to delete the accounts of porn-bots – which adds up to roughly 10 million Twitter accounts. However what about adult film companies and adult actors who use Twitter as a marketing tool for themselves? Will they be deleted, or banned from posting anything remotely explicit? “Twitter is one of the few large social media platforms that doesn’t apply a lot of censorship rules to our images so by default it’s a network tool in the adult industry,” said adult actress Mercedes Carrera.

Twitter currently has about 302 million monthly users – and the removal of 10 million accounts will surely effect these numbers. However it will also attract more advertisers which would imply higher revenues for Twitter.

It’ll be interesting to see what Twitter decides to do. So far the only official comment from a Twitter spokesperson following the pulled ads states “Twitter is committed to providing a safe environment for brands to build their business, and our product team is working to fix the issue”.